Sex and food are primary drives; primordial, reptilian, as well as extremely complex. Our relationship to sex and food retain a great semblance due to their common evolutionary vestige, such that the study of one often will shed equal light on the other. Consider taboos, social norms, fashions, rituals, they’ll equally apply to both sex, and food.

The main reason to this is our capacity to objectify, that is, to be able to step out of the primal drive itself and view it form the outside, reflect on our own bodies eating, sexing- the objectification of the ‘self’. Most of us refer to this capacity as consciousness.

It should come as no surprise then, that both sex and food lend themselves so readily to social commodification. Particularly in consumer societies the commodification of food and sex runs rampant. A sex shop is similar to a supermarket and a restaurant is a kind of a brothel in the way consumables and the act of eating are objectified.

I can envisage circumstances in the past where the social representations of sex and food were somewhat different, as there may still be societies in the future where eating in public will be considered rude and taking photographs of food will become a taboo

But for the time being, we are stricken with Food Fetish. Ingredients are exalted and endowed with social meaning as we objectify the edible matter and transform it into voyeuristic fetishes.

I try to avoid the Fetish of the Food as much as I can. I try to remind myself that a spade is a spade and food is food. A starving man cannot read the menu or watch cooking shows on television! 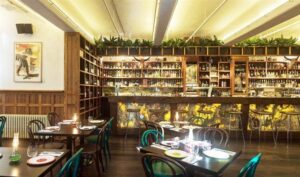 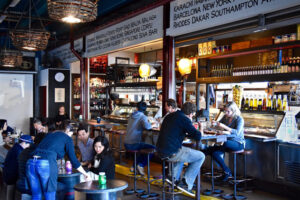